#VillaHeroes: Ron and Maggie Simpson, a spiritual journey of service 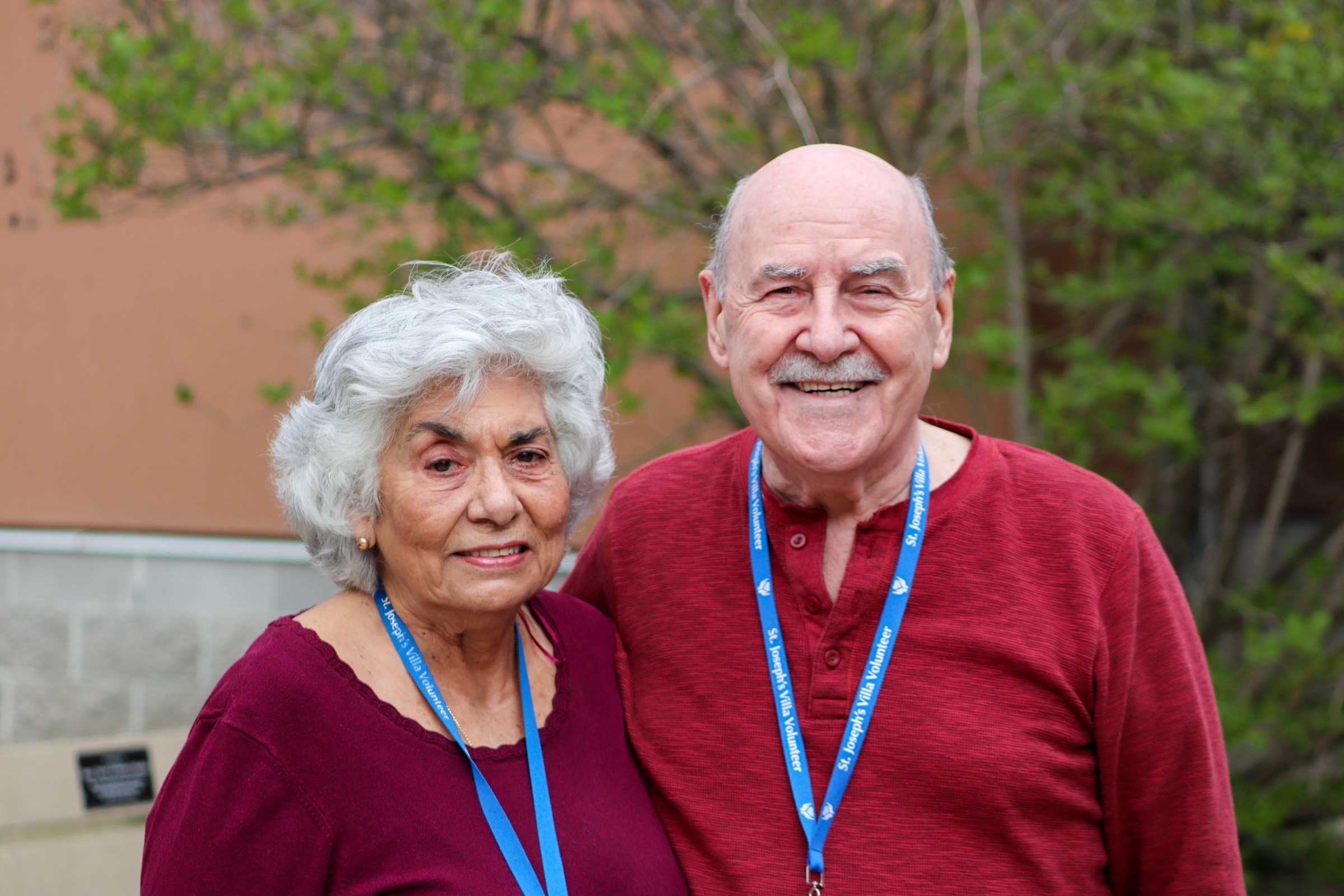 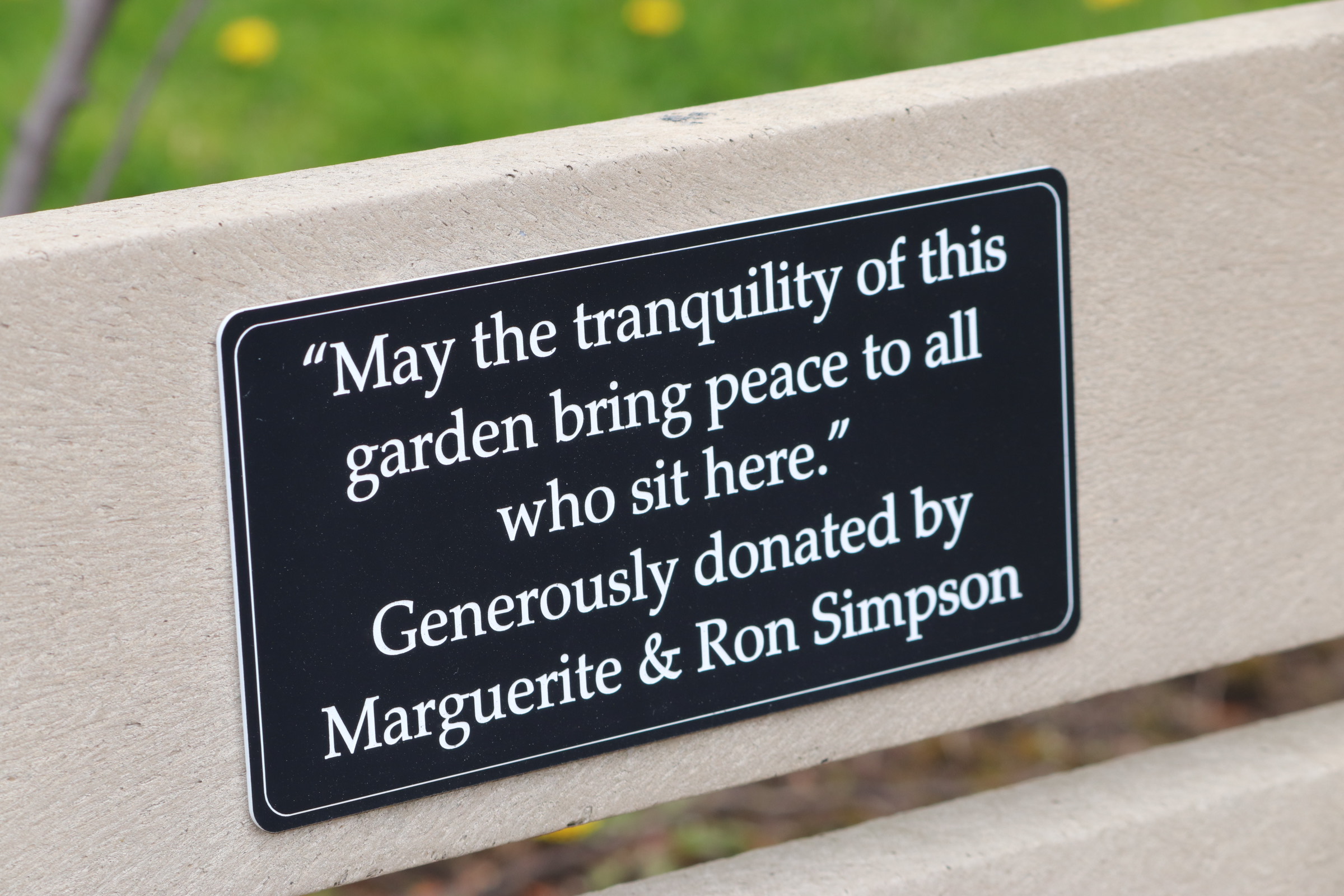 –
#VillaHeroes: Maggie and Ron Simpson, a spiritual journey of service

Ron and Maggie Simpson have been dedicated volunteers at St. Joseph’s Villa since 2002. Since then, they have been an integral part of our residents’ social and spiritual lives.

In late 2002, Maggie and Ron achieved a milestone goal they set together: to retire early.

“Maggie and I agreed to take early retirement to devote the majority of our time to volunteering,” said Ron. “We felt we were called to be of service to others, and it was a natural step in our spiritual journey to fulfill this.”

Though they had spent some time volunteering throughout their careers, they now wanted to make it a central part of their lives and have everything else fall around it. They took on volunteer and service roles at their local church in Brampton, where they were living at the time. Through the church arose an opportunity to provide home care and companionship for an elderly man, which led Maggie and Ron to discover their love for elderly care.

“We fell in love with the relationship we built with him,” said Maggie. “It was inspiring to see the impact we could have on someone’s later years.”

This passion for serving. the elderly became apparent, and it encouraged Maggie and Ron to find a long-term care home where they could provide this same type of care. After discovering Dundas and deciding to build a retirement home in the quaint town, they found St. Joseph’s Villa.

A legacy of service

Ron joined the Villa’s Finance Committee in 2002 after meeting with Paul O’Krafka, former CEO, to discuss opportunities to help out at the Villa. Though they had not yet moved to their Dundas home, Ron commuted monthly from Brampton to attend meetings. A year later, when they finally moved, he and Maggie began volunteering one to one with residents while holding his position on the Committee.

“Dundas felt like home even before we moved there,” said Maggie. “The Dundas community is just so strong, and you can feel it at the Villa. We didn’t just want to live in Dundas but wanted to serve the community the best we could.”

And they have done just that, devoting much of their time to the Villa, but also volunteering at St. Augustine’s Church and Dundas Museum and Archives.

“When we first visited the Villa, we were so moved by what we experienced,” said Ron. “The Villa has a special uniqueness based on its mission of L.O.V.E. (Living Our Values Everyday) which permeates from the leadership to the frontline staff down to the residents. We personally witness these values brought to life by staff every time we’re at the Villa.”

Maggie and Ron bring these values to life at the Villa, as well. Through their service, they have become friends with many residents and staff, and have become a central part of residents’ lives.

They’ve about done it all with residents over the years; African Lion Safari, River Boat dinners, bowling nights, men’s card nights, funfairs – just to name a few. But they also enjoy spending quality time with residents in their home areas, taking them to church service, and catching up on life.

‘A time it’s needed the most’

During the early days of the pandemic when volunteers and guests were restricted access, Ron and Maggie kept in touch with residents through weekly letters and video calls. Now that restrictions have been lifted, Maggie and Ron are back to doing what they love at a time when it’s needed the most – volunteering at the Villa at least two days a week.

“It’s so special to be able to see the residents again,” said Ron. “They’re as much a part of our lives as we are in theirs. It brings me such great joy spending time with them and seeing them happy. It’s the most rewarding part of what we do.”

Ron is still an active member of St. Joseph’s Villa Foundation Board of Directors and enjoys the quarterly meetings where he reunites with his fellow board members, all dedicated to raising awareness and funds to enhance the lives of our residents.

Ron and Maggie have no plans on stopping their volunteer service any time soon. And what fuels this selfless service in Maggie and Ron?

Their simple mantra: Giving God’s Love Freely to Others.